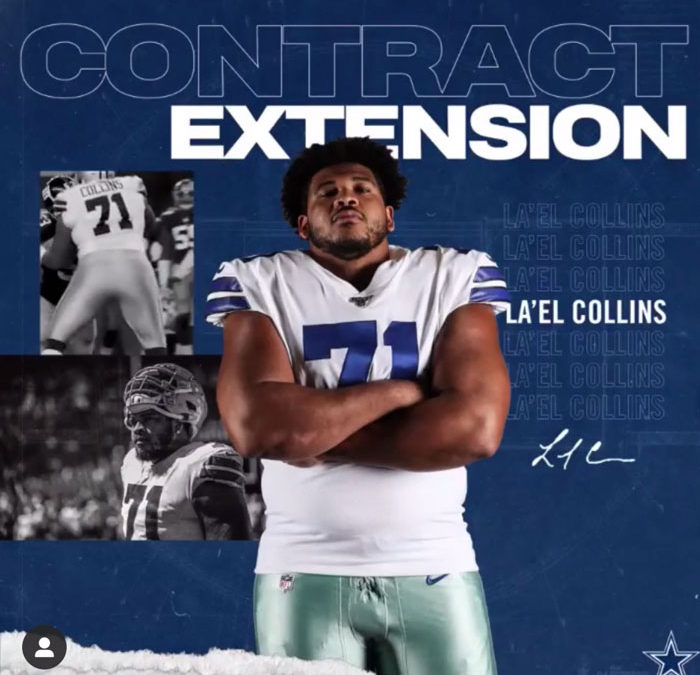 The Cowboys have agreed to a contract extension with starting right tackle La’el Collins, team owner and general manager Jerry Jones confirmed Tuesday morning on 105.3 The Fan [KRLD-FM]. The five-year extension is expected to get finalized Tuesday and will include $35 million in guaranteed money, according to a source.