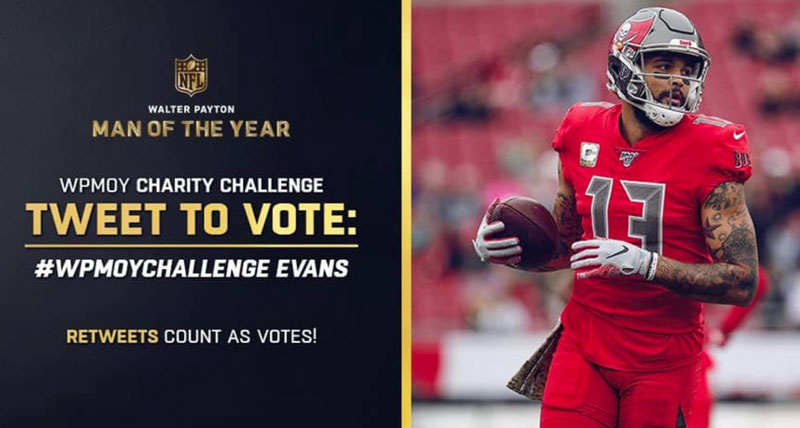 The Walter Payton NFL Man of the Year Award recognizes an NFL player for his excellence on and off the field. The award was established in 1970. It was renamed in 1999 after the late Hall of Fame Chicago Bears running back, Walter Payton. Each team nominates one player who has had a significant positive impact on his community.