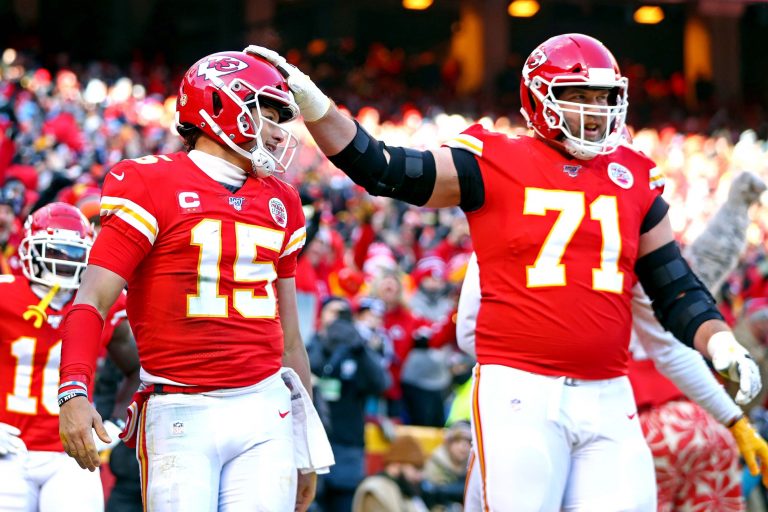 Mitchell Schwartz had one of the greatest postseason runs in NFL history at any position, but few will have truly appreciated it because he played right tackle, where the position’s best play manifests itself by going unnoticed. In 140 snaps of pass blocking — most of them in disadvantageous, hurry-up situations against top pass-rushers — Schwartz allowed just one hurry and nothing else. In the Super Bowl, he was able to lock down his side of the line while Nick Bosa laid waste to the other side. Schwartz was one of a number of right tackles to excel this season, but none of the others did what he did in the postseason.

In what was an excellent year for right tackle play, La’El Collins had the best season of his career to date for the Cowboys. This marked the third consecutive season that Collins has improved his overall PFF grade and the second straight year in which he has cut the number of pressures he surrendered. This season, he allowed just 26 pressures across 601 pass-blocking snaps; he was beaten for only two sacks all year long and posted the third-best run-blocking grade (88.6) of any tackle in the game.

Due to injury, Mike Evans played as many as 200 fewer snaps than some of the other wideouts on this list, and yet, he still finished the year with 1,157 yards and eight touchdowns. Evans gained 2.3 yards per route run this season and formed the league’s most explosive receiver tandem with Chris Godwin in Bruce Arians’ high-octane passing offense in Tampa. Evans made some of the biggest catches of the year for the Bucs and makes the PFF Top 101 for the fourth time in his career.